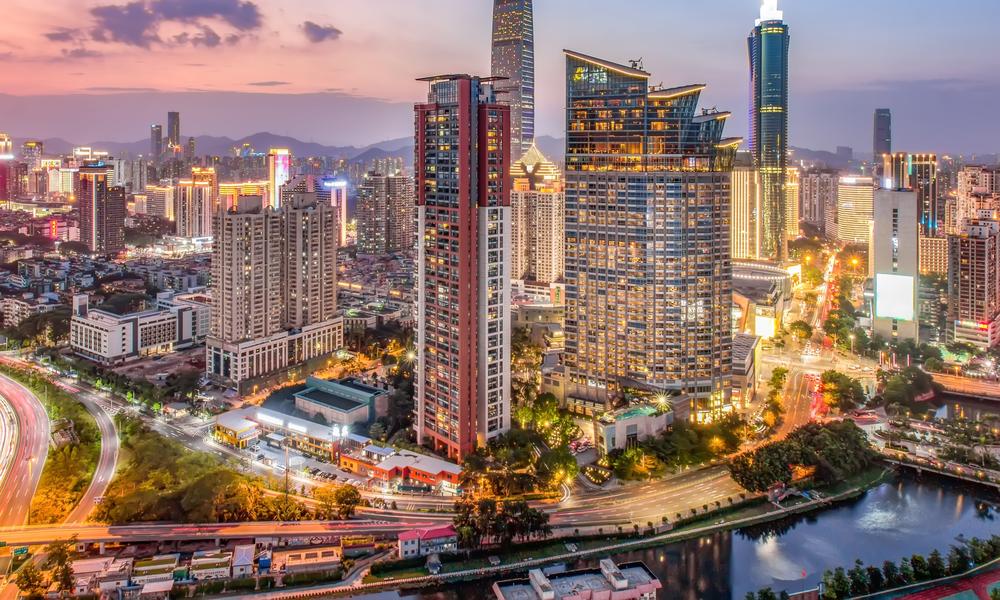 Shenzhen is a major sub-provincial city on the east bank of the Pearl River estuary on the central coast of southern Guangdong province, People's Republic of China.

It forms part of the Pearl River Delta megalopolis, bordering Hong Kong to the south, Huizhou to the northeast and Dongguan to the northwest, and shares maritime boundaries with Guangzhou, Zhongshan and Zhuhai to the west and southwest across the estuary.

Shenzhen's cityscape results from its vibrant economy—made possible by rapid foreign direct investment (FDI) following the institution of the policy of "reform and opening-up" in 1979.

It was one of the fastest-growing cities in the world in the 1990s and the 2000s and has been ranked second on the list "top 10 cities to visit in 2019" by Lonely Planet.

Shenzhen is ranked as an Alpha- (global first tier) city together with Guangzhou (China), Melbourne (Australia) and San Francisco (the U.S).

Shenzhen, which roughly follows the administrative boundaries of Bao'an County, officially became a city in 1979, taking its name from the former county town, whose train station was the last stop on the Mainland Chinese section of the railway between Canton and Kowloon.

In 1980, Shenzhen was established as China's first special economic zone.
Shenzhen's registered population as of 2017 was estimated at 12,905,000, but local police and authorities estimate the population at about 20 million, due to large populations of short-term residents, unregistered floating migrants, part-time residents, commuters, visitors, as well as other temporary residents.

Shenzhen ranks 9th in the 2019 Global Financial Centres Index. It has the third busiest container port in the world.

Lingdingyang and Pearl River to the west and Mirs Bay to the east and roughly 100 kilometers (62 mi) southeast of the provincial capital of Guangzhou.

It makes up part of the Pearl River Delta built-up area with 44,738,513 inhabitants, spread over 9 municipalities (including Macau).

The city is elongated measuring 81.4 kilometers from east to west while the shortest section from north to south is 10.8 kilometers.

Over 160 rivers or channels flow through Shenzhen. There are 24 reservoirs within the city limits with a total capacity of 525 million tonnes.

Notable rivers in Shenzhen include the Shenzhen River, Maozhou River and Longgang River.

Shenzhen is surrounded by many islands. Most of them fall under the territory of neighbouring areas such as Hong Kong Special Administrative Region and Huiyang District, Huizhou.