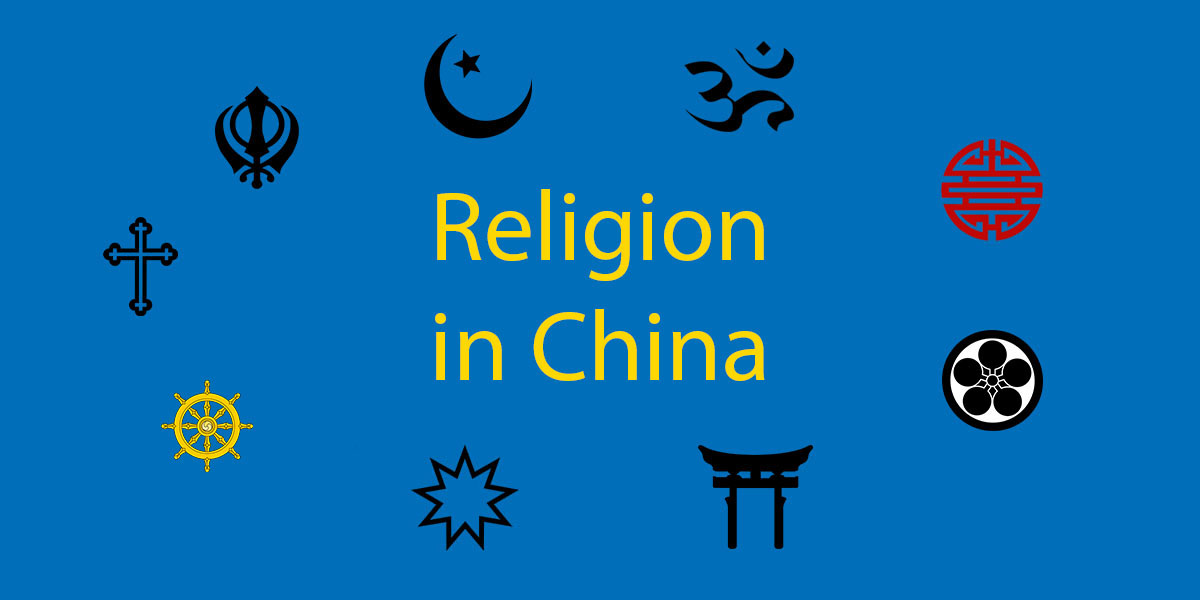 The People's Republic of China espouses state atheism, but many Chinese citizens, including Chinese Communist Party (CCP) members, practice some kind of Chinese folk religion. Chinese civilization has historically long been a cradle and host to a variety of the most enduring religion-philosophical traditions of the world. Confucianism and Taoism (Daoism), later joined by Buddhism, constitute the "three teachings" that have shaped Chinese culture.
There are no clear boundaries between these intertwined religious systems, which do not claim to be exclusive, and elements of each enrich popular or folk religion.
The emperors of China claimed the Mandate of Heaven and participated in Chinese religious practices. In the early 20th century, reform-minded officials and intellectuals attacked all religions as "superstitious"; since 1949, China has been governed by the CCP, a Marxist–Leninist atheist institution that prohibits party members from practicing religion while in office. In the culmination of a series of atheistic and anti-religious campaigns already underway since the late 19th century, the Cultural Revolution against old habits, ideas, customs, and culture, lasting from 1966 to 1976, destroyed or forced them underground.
Under subsequent leaders, religious organizations were given more autonomy. The government formally recognizes five religions: Buddhism, Taoism, Catholicism, Protestantism, and Islam. In the early 21st century, there has been increasing official recognition of Confucianism and Chinese folk religion as part of China's cultural inheritance.
Folk or popular religion, the most widespread system of beliefs and practices, has evolved and adapted since at least the Shang and Zhou dynasties in the second millennium BCE. Fundamental elements of a theology and spiritual explanation for the nature of the universe harken back to this period and were further elaborated in the Axial Age. Basically, Chinese religion involves allegiance to the shen, often translated as "spirits", defining a variety of gods and immortals.

These may be deities of the natural environment or ancestral principles of human groups, concepts of civility, culture heroes, many of whom feature in Chinese mythology and history.
Confucian philosophy and religious practice began their long evolution during the later Zhou; Taoist institutionalized religions developed by the Han dynasty; Chinese Buddhism became widely popular by the Tang dynasty, and in response Confucian thinkers developed neo-Confucian philosophies; and popular movements of salvation and local cults thrived.
Christianity and Islam arrived in China in the 7th century. Christianity did not take root until it was reintroduced in the 16th century by Jesuit missionaries.
In the early 20th century Christian communities grew, but after 1949, foreign missionaries were expelled, and churches brought under government-controlled institutions. After the late 1970s, religious freedoms for Christians improved and new Chinese groups emerged.
Islam has been practiced in Chinese society for 1,400 years.
Currently, Muslims are a minority group in China, representing between 0.45% to 1.8% of the total population according to the latest estimates.
Though Hui Muslims are the most numerous group, the greatest concentration of Muslims is in Xinjiang, with a significant Uyghur population. China is also often considered a home to humanism and secularism, this-worldly ideologies beginning in the time of Confucius.
Because many Han Chinese do not consider their spiritual beliefs and practices to be a "religion" and do not feel that they must practice any one of them exclusively, it is difficult to gather clear and reliable statistics.
According to scholarly opinion, "the great majority of China's population of 1.4 billion" takes part in Chinese cosmological religion, its rituals and festivals of the lunar calendar, without belonging to any institutional teaching.
National surveys conducted in the early 21st century estimated that some 80% of the population of China, which is more than a billion people, practice some kind of

Chinese folk religion; 13–16% are Buddhists; 10% are Taoist; 2.53% are Christians; and 0.83% are Muslims.
Folk religious movements of salvation constitute 2–3% to 13% of the population, while many in the intellectual class adhere to Confucianism as a religious identity.
In addition, ethnic minority groups practice distinctive religions, including Tibetan Buddhism, and Islam among the Hui and Uyghur peoples.