AMMAN – HE Dr. Talal Abu-Ghazaleh, founder and chairman of Talal Abu-Ghazaleh Global (TAG.Global), visited the Ambassador of the People's Republic of China to Jordan, HE Mr. Pan Weifang, and expressed his deep sympathy and support to the Chinese government and people in their battle against the coronavirus. 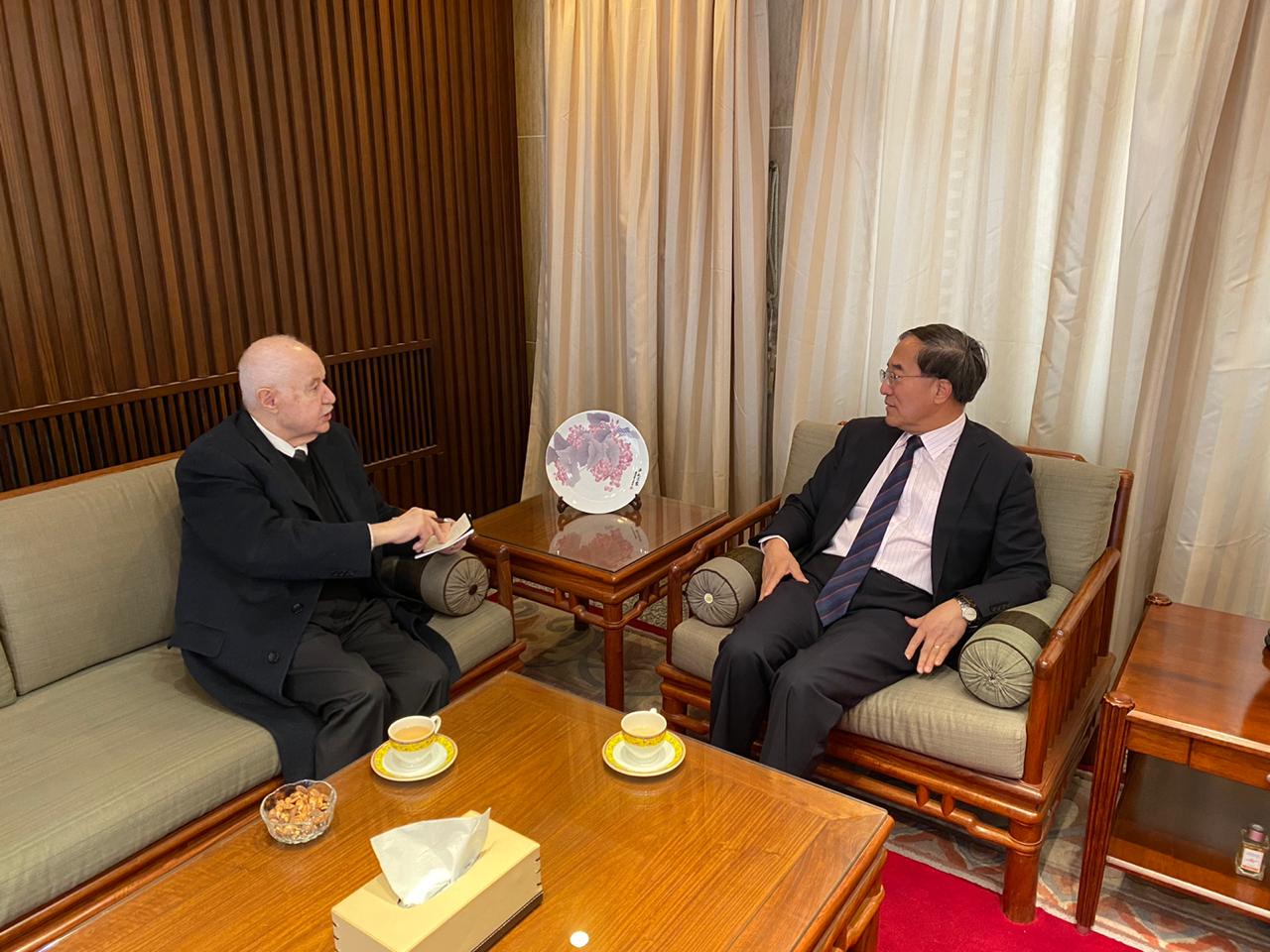 During the meeting held at the Chinese Embassy in Amman, the Ambassador thanked Dr. Abu-Ghazaleh for his continuous support to the Chinese people, expressing his pride in the strong relations that exist between China and the Hashemite Kingdom of Jordan, and also with TAG.Global, at both official and personal levels over the years.

For his part, Dr. Abu-Ghazaleh affirmed TAG.Global’s support to China’s efforts and keenness to protect its people, saying he has total confidence that China will manage to overcome the coronavirus.

“Our belief and confidence in the significance and impact of the Chinese culture, civilization and technology was the main driver for us to become one of the leading international corporations to establish branches in China. Therefore, TAG.Global opened three offices in full operational capacity in Beijing, Shanghai and Hong Kong in addition to two representative offices in Guangzhou and Chengdu to offer our world-class services,” Dr. Abu-Ghazaleh said.

Dr. Abu-Ghazaleh referred to the recently signed memorandum of understanding at Jordan’s Ministry of Industry, Trade and Supply to establish the first Jordanian-Arab factory that designs and manufactures high-tech devices including laptops, tablets and smartphones at competitive prices under the name of “Talal Abu-Ghazaleh”, benefiting from the Chinese expertise in this domain.

Dr. Abu-Ghazaleh concluded by highlighting the role exerted by Talal Abu-Ghazaleh Confucius Institute (TAG.Confucius) which is considered the most prominent tool of cooperation with China for disseminating its language and culture in addition to organizing activities and celebrations on various Chinese occasions including Chinese New Year, the Spring Festival and others.