China has the world’s largest population and its culture is ancient. The area over which this Chinese culture scatters is a vast one and includes most of East Asia. This culture is also extremely diverse with variation between cities, towns, and provinces. Flowers in China have always had an honored position in their culture. They play a major role in the regular day to day life. But it is art and poetry, where flowers have been present the most in Chinese culture. The Chinese people believe that flowers convey positive messages and thus they are recurrent in Chinese literature, food, beverages, and decorations.

Here are the top Chinese flowers that play a significant role in their culture:

Chrysanthemums are associated with the famous Chinese poet Tao Yuanming. In one of his works, he referred Chrysanthemums as a symbol of humility. He wrote: “While picking up chrysanthemums beneath the eastern fence, my gaze was leisurely upon the southern mountains”. This is one of the most famous Chinese poems that reflects a peaceful and nourishing life which is every common man’s dream. In Chinese culture, chrysanthemum also symbolises longevity. As per the ancient Chinese Medicinal Theory, chrysanthemum tea is great medicine for curing internal heat and fever. People in China thus never forget to drink this special tea after having too spicy and cheesy or baked food items. In China, people use dry Chrysanthemum petals to make their pillows and they are good for eyesight.

History says that the cultivation of roses started in China at least 5000 years ago and then spread elsewhere in the world. Chinese Rose is a member of the genus Rosa which is native to Southwest China in Guizhou, Hubei, and Sichuan Provinces. The China Rose Flower buds and flowers are brewed into tea and soup and also used as a kitchen herb. People eat the thin fleshy part surrounding the seeds in its raw form or after cooking. The rose seeds are a good source of vitamin E and they are grounded to use in foods. Apart from food, in China, these flowers are in profuse use in the perfume and cosmetics industry.

It was the great Chinese poet Li Bai who compared his mistress Yang Yuhuan’s beauty to peonies. He wrote: “Floating clouds remind me of her clothes, and peonies her face”. In most of the New Year images, the fairy children always hold peonies. The peonies bear people’s wishes for an auspicious and rich new year. Peonies bloom in the spring season and symbolise fame, prosperity, and wealth. 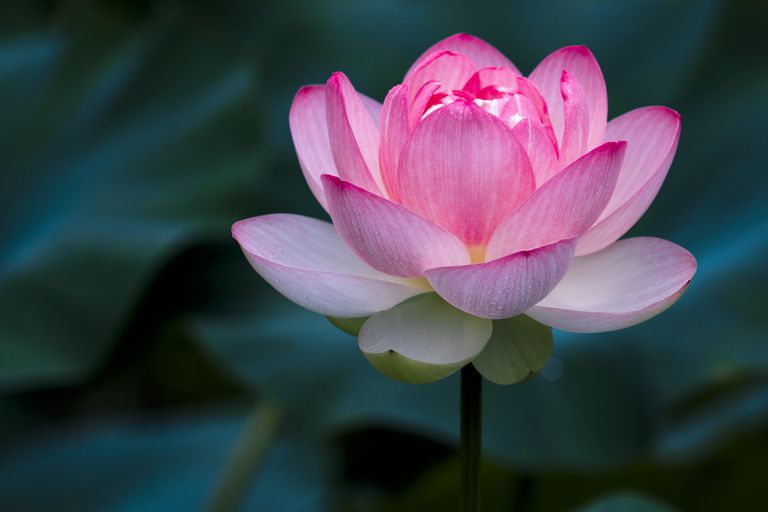 Lotus, in ancient Chinese culture, was a symbol of a woman’s noble and pure personality. The lotus flower (along with its leaves, seeds, and roots) has been in wide use in Chinese medicine and cuisine for more than 1000 years. A lotus is a precious flower in Buddhism which is one of the flourishing religion in China. A lotus grows in muddy water and thus it symbolises the purity of an enlightened mind that can arise even amidst the suffering of samsara (world). The lotus blooms on lunar 8th April in Beijing which is the birthday of Lord Buddha and again on lunar 8th January which is Lotus Day. 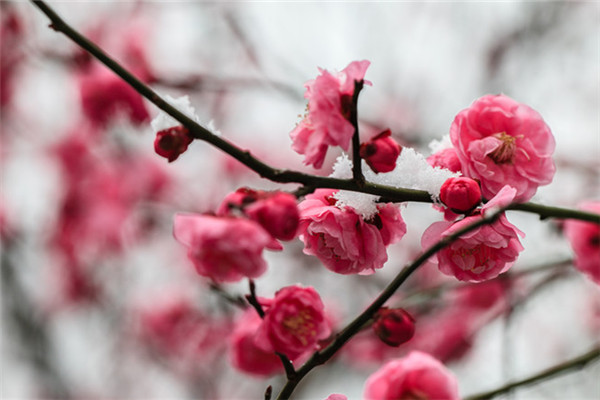 Mao Zedong – the most influential revolutionary of China who named the country “The People’s Republic of China” once wrote a poem named “Ode to the Plum Blossom”. He described these flowers as: “Fair and beautiful. Not craving for spring for her own, only to tell the coming of the season. When all flowers bloom in full, she smiles among them.” The plum blossoms were metaphors to appreciate the great martyrs. In Chinese culture, plum blossom symbolises noble and modest qualities and along with bamboo, chrysanthemum, and orchid, they are known as the “Four Gentlemen”.