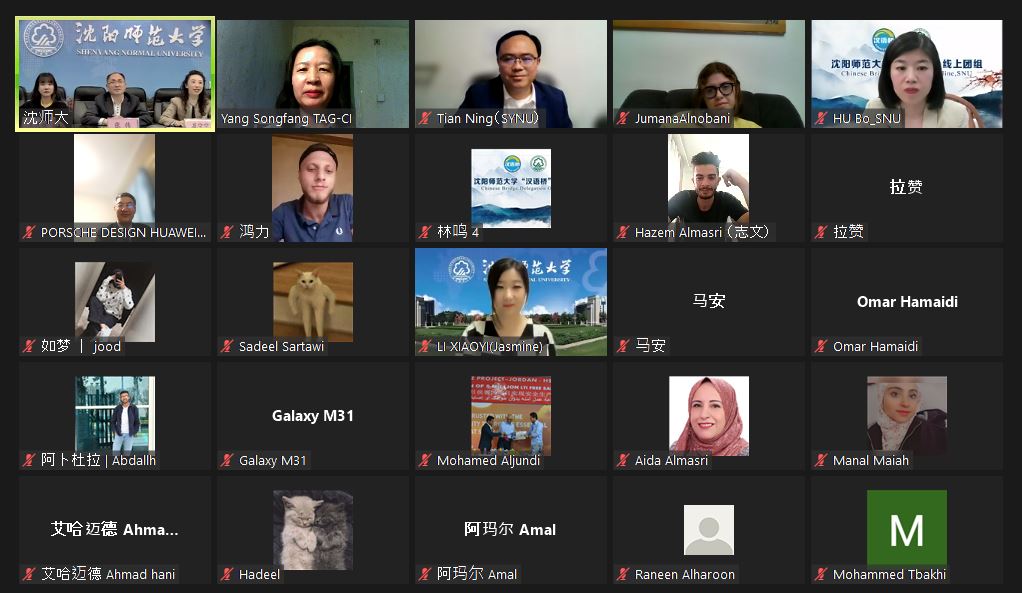 The students first watched the publicity video of SNU and had a better understanding of the university.

In the speech, Yang Songfang expressed thanks to CLEC and SNU for providing Jordanian students with rich courses of this program, including Chinese language, traditional Chinese medicine, Peking opera, Chinese nature and culture, Chinese education, travelling around Imperial Palace of Shenyang, etc.

She said that Chinese language is one of the six working languages of the United Nations (UN) and has become the official language of the World Tourism Organization of the UN since 2021.

Saja Al-Krimeen, a local Chinese language teacher, expressed her gratitude to SNU through a shot video for providing Jordanian students with a good opportunity to learn Chinese language and experience Chinese culture so that the students could obtain Chinese wisdom and Chinese value. She also thanked Dr. Yang Songfang for her love, encouragement, support and help to Jordanian students so that they could constantly explore and acquire new knowledge on the way of Chinese learning.

Zhang Wei and Hu Bo welcomed Jordanian students to participate in the online program and hoped that they could go to SNU for further study in the near future to feel China’s economic and social development and prosperity.