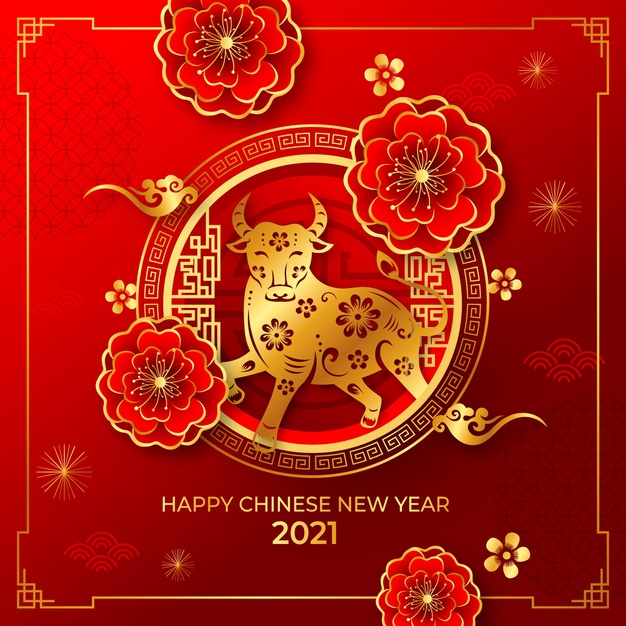 Why is it called the Spring Festival?
Though being in winter for most of China, the Chinese New Year is popularly known as the Spring Festival in China. Because it starts from the Beginning of Spring (the first of the twenty-four terms in coordination with the changes of Nature) and marks the end of winter and the beginning of spring.
The Spring Festival marks a new year on the lunar calendar and represents the desire for a new life.

The festival has a history of over 3,000 years. Celebrations on lunar New Year's Day can be dated back to the ancient worship of heaven and earth. Over the centuries new traditions were added and celebrations became more entertainment-orientated. Read more on Chinese New Year History.
In 1967 food was rationed, and there was no money! Greetings were full of Communist fervor. Now people eat out for Chinese New Year, send e-money, and greet with instant messages on WeChat (the most popular app in China).
Chinese New Year Customs — how do Chinese people celebrate the CNY
The main Chinese New Year activities include 1) putting up decorations, 2) eating reunion dinner with family on New Year's Eve, 3) firecrackers and fireworks, and 4) giving red envelopes and other gifts. These four things are introduced below.

Public celebrations: In many Chinese cities, from New Year's Day, traditional performances can be seen: dragon dances, lion dances, and imperial performances like an emperor's wedding. A great variety of traditional Chinese products are on offer, and rarely seen Chinese snacks. City parks and temple fairs are the places to go for this.

Every street, building, and house where Spring Festival is celebrated is decorated with red. Red is the main color for the festival, as red is believed to be an auspicious color.
Red Chinese lanterns hang in streets; red couplets are pasted on doors; banks and official buildings are decorated with red New Year pictures depicting images of prosperity.
Most public decoration is done a month before, but home decoration is traditionally done on Chinese New Year's Eve.

As 2021 will be a year of the Ox, decorations related to ox will be commonly seen. Look out for red rat dolls for children and New Year paintings with ox on.

Like people waiting in New York Time Square to see the ball dropping, Chinese people have the custom of staying up late on Chinese New Year's Eve to welcome the New Year’s arrival.
After reunion dinner, families normally sit together to watch the Spring Festival Gala, one of the most watched TV shows in China. At the same time, most people send WeChat red envelopes or short messages to acquaintances by phone.

It has long been a Chinese tradition to set off firecrackers from the first minute of their new year. Fireworks have increasingly been added to the cacophony. From public displays in major cities to millions of private celebrations in China's rural areas, setting off firecrackers and fireworks is an indispensable festivity.
Billions of fireworks go up in China at 12am Chinese New Year, the most anywhere at any time of year.

In China, people are becoming less superstitious, but Chinese people traditionally believe that the year's start affects the whole year, so the Chinese Spring Festival is a season of superstitions. It's believed that what something looks like (color, shape), and what its name sounds like, gives it auspicious or ill-fated properties.

The Luckiest Things to Do at Chinese New Year
•    Giving money/gifts in lucky numbers and lucky red packaging with lucky greetings.
•    Eating lucky food like fish on New Year's Eve, especially carp or catfish with some left over for New Year's Day.
•    Lighting lots of red firecrackers and fireworks to scare away evil and bring good luck.
The Unlucky Things to Do at Chinese New Year
•    Having an accident, especially if it means hospital visits, crying, and breakages: all bad omens.
•    Giving gifts with unlucky meanings, colors, words, or numbers, or even saying something inauspicious.
•    Sweeping up on New Year's Day: don't "sweep all your luck away".