Chinese nationalism is the form of nationalism in China which asserts that the Chinese people are a nation and promotes the cultural and national unity of the Chinese. It distinguishes from Han nationalism, which used to seek the independence of ethnic Han Chinese from the Qing dynasty and now holds a chauvinism or racialism attitude to ethnic minorities in China.
Chinese nationalism emerged in the last years of the Qing dynasty (1636–1912), especially in response to the humiliating defeat in the First Sino-Japanese War of 1894–1895, and the invasion and pillaging of Beijing by eight nations who were stopping the attacks on foreigners by the Boxer Rebellion of 1900. In both cases the aftermath included massive financial reparations, and special privileges granted to foreigners. 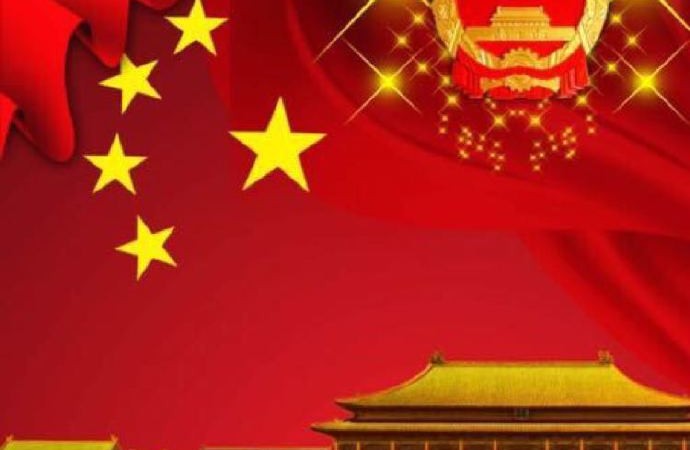 The longtime image of the superior Celestial Empire at the center of the universe had crashed; last-minute efforts to modernize and strengthen the old system were unsuccessful. Liang Qichao failed to reform the Qing government in 1896 and was later expelled to Japan, where he translated the ideas of nationalism into Chinese and himself became a nationalist. As a monarchist, Liang and other monarchists argued the Chinese empire should sustain as a whole (Chinese nation), and debates with those anti-Manchu revolutionaries and Han chauvinist such as Sun Yat-sen, who later accepted all peoples in China, including Manchu, were member of a united Chinese nation in 1912 when the Qing government was overthrown.

During World War I, China joined the Allies in order to recover its sovereignty from Germany. Although China was on the winning side, it was severely humiliated again by the Versailles Treaty of 1919, which transferred the special privileges that Germany had gained not back to China but to its bitter enemy Japan. This latest humiliation sparked the May Fourth Movement of 1919 exploded into nation-wide protests that spurred an upsurge of Chinese nationalism, as well as a shift towards political mobilization and away from cultural activities, and a move towards a mass base and away from traditional intellectual and political elites. Since the overthrown of the old Empire in 1912, China have been ruled by regional warlords, but now a strong sense of national unity was reflected in a large-scale military campaign, led by the Kuomintang (KMT).

The goals of nationalism were achieved by building a strong national republican government that overpowered the provincial warlords, and sharply reduced special privileges for foreigners. As for well-being, the people were still mired deep in poverty, and threatened repeatedly by famines and epidemics.

Ethnic rivalries became a major factor. The Han element comprised a large majority of the population, but there were numerous minority ethnic groups. By 1930, Chiang Kai-shek (1887-1975) had expelled the Communists from the KMT coalition. However, he failed to destroy the movement as Mao Zedong (1893 to 1976) led its escape on its Long March and set up a rival state in distant provinces in northwest China. Japan struck again in 1931, seizing control of Manchuria. The League of Nations investigated and announced this action, but Japan quit the League and no action was taken as the Japanese army grew stronger, it ignored its government in Tokyo.

In 1937 it opened up full-scale undeclared war against China, and soon captured practically all of the major cities and coastal areas. The Nationalist government was badly defeated and escaped into remote areas in southwestern China. After Japan was defeated in World War II in 1945, a refreshed nationalism was on display as China recovered lost territories including Manchuria and Taiwan. It received the prestige of a veto power on the new United Nations Security Council. However the civil war between nationalists and communists resumed.

The Communists were victorious in 1949, as the KMT elements fled to Taiwan, proclaiming that island as the legitimate Republic of China. The Communists now had an opportunity to use nationalistic traditions to build upon. The powerful national government worked hard to suppress separatism in Tibet and among the Uyghurs, a Turkic minority in the far-west province of Xinjiang. Nationalist forces tried to reduce the semi-independence in Hong Kong, but were strongly opposed by massive demonstrations in 2018. Populist nationalism became a major factor in domestic and foreign policy in the 21st century, especially as propounded by Xi Jinping who became the General Secretary of the Communist Party of China in 2012.