Abu-Ghazaleh: The US has Two Options in Light of Economic Crisis and Rise of China

Abu-Ghazaleh: The US has Two Options in Light of Economic Crisis and Rise of China

AMMAN - Well-known Arab economist and prominent businessman, Dr. Talal Abu-Ghazaleh, founder and chairman of Talal Abu-Ghazaleh Global (TAG.Global), talked about the current United States options, especially in light of the economic crisis it is now facing as well as the rise of China as a competitive challenge. 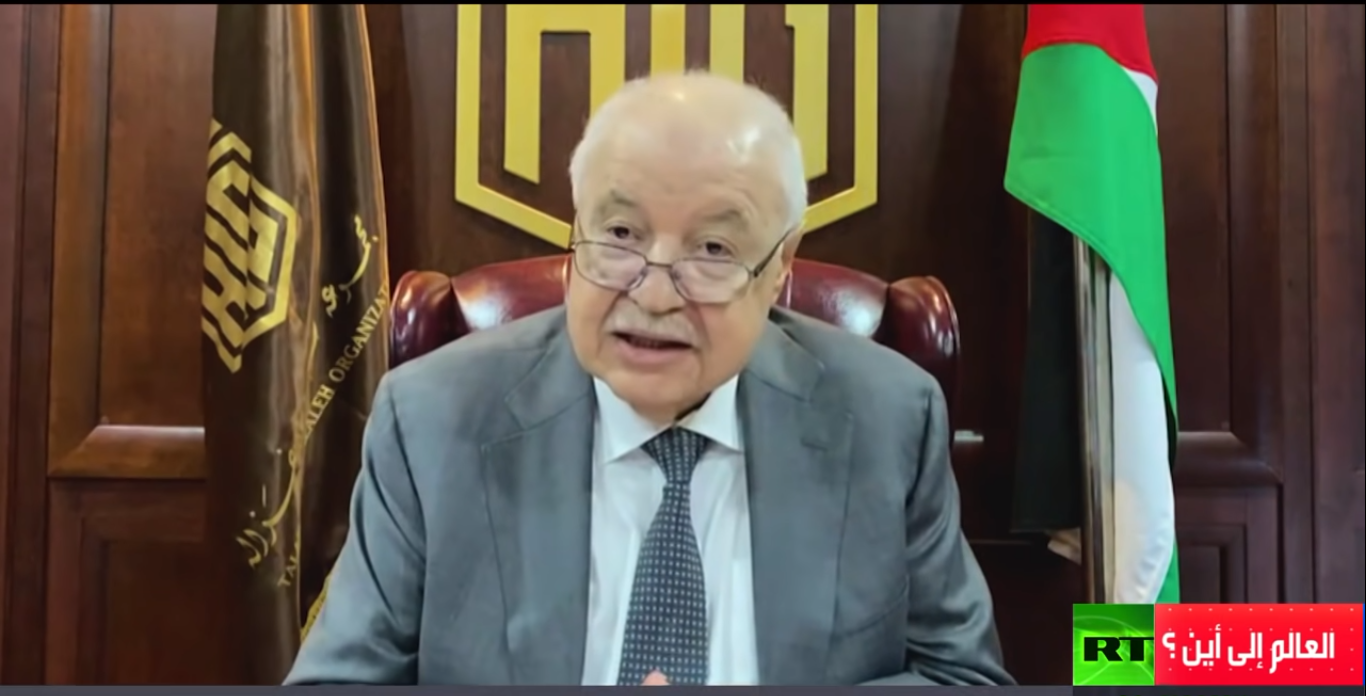 In a new episode of his weekly program (The World to Where?) on Russia Today (RT), Dr. Abu-Ghazaleh explained that the US has several options to respond to the Greatest Economic Depression. They include acceptance of the status quo, defeat, or fighting and destroying the capabilities and resources of its opponents to maintain its status as the strongest global power.

However, Dr. Abu-Ghazaleh did not expect the US to accept the American decline as an option, since it is used to remain as the most powerful economy in the world. President Donald Trump would not accept a ‘failing economy’, but rather would resort to different options to prevent long-term damage to his country's economy, Dr. Abu-Ghazaleh said.
Concerning America’s option to resort to military action to spark a war, Dr. Abu-Ghazaleh cited the statement of a former US official who said: ‘If we have to use force, it is because we are America; we are the indispensable nation.’ He also revealed that American leaders believe in the philosophy that the importance of their military force lies in its use.

Dr. Abu-Ghazaleh stated that the US is invincible military, and that only two countries can stand up to a US military move: China and Russia.

Additionally, Dr. Abu-Ghazaleh stressed that the winner will be the state that owns the economic power, noting that China currently accounts for 35% of global economic growth, whereas America constitutes only 18%. He added that China has invested around $27 trillion in the ‘Belt and the Road’ project, while the US squanders its resources on unnecessary wars, and that makes China the greatest threat to the United States.

Proposing a way out of its crisis, Dr. Abu-Ghazaleh suggested that the US should either sit with China and discuss future prospects without preconditions or use its military force against China, describing the possibility of using nuclear weapons in a war between America and China to be ‘remote’. He explained that the war between the two super powers would be untraditional. For example, the US may seize Chinese deposits and investments at the US money market and stock exchange, or may opt to close the South China Sea to prevent oil from reaching China and disrupt commercial exchange with it.

In conclusion, Dr. Abu-Ghazaleh said that: ‘with the firing of the first shot, I expect the United Nations would intervene to mediate between America and China and to seek a better future for the world.’