In an interview with CGTN

Abu-Ghazaleh: I do believe in China’s Ability to swiftly overcome coronavirus crisis. Jordan achieved success in crisis management
The Era of American Global Domination will End, and a New Bipolar World Order will Begin

AMMAN - HE Dr. Talal Abu-Ghazaleh, founder and chairman of Talal Abu-Ghazaleh Global (TAG.Global), highly commended the Jordanian-Chinese relations, expressing his pride in the years’ long, strong and deep-rooted ties between China and TAG.Global, at both official and personal levels. 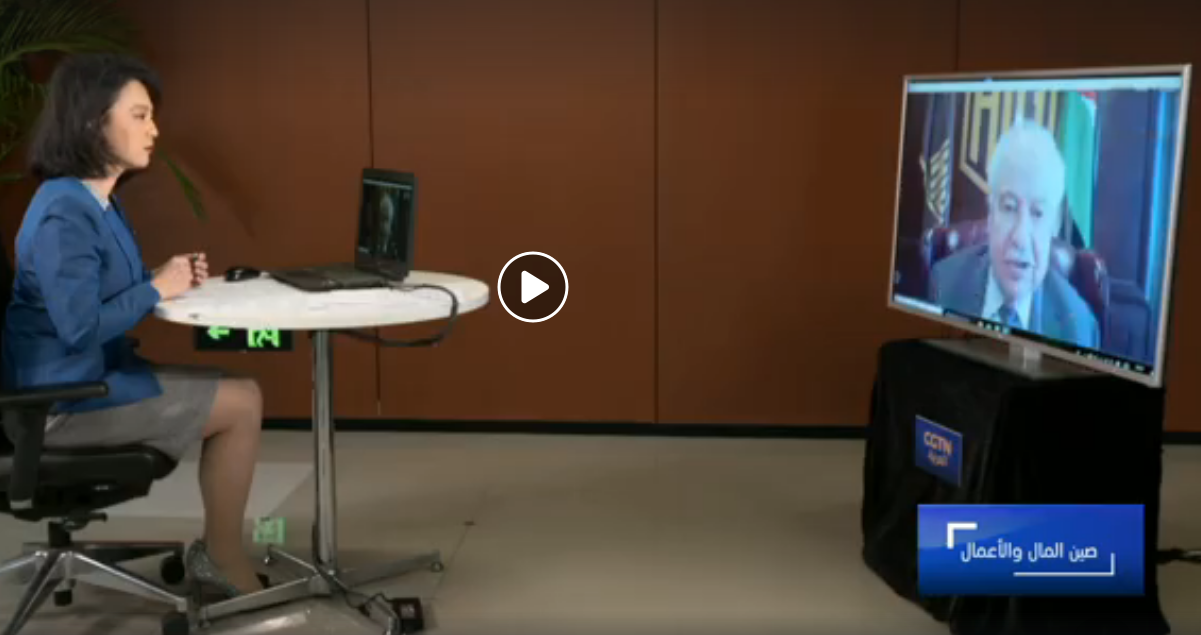 During his interview with China Global Television Network (CGTN), Dr. Abu-Ghazaleh stated that TAG.Global was one of the leading international corporations to establish branches in the People's Republic of China. Talal Abu-Ghazaleh Global opened three offices in full operational capacity in (Beijing, Shanghai and Hong Kong). Today, TAG.Global offers its services and activities through a total of six offices in China announcing that the seventh office will open soon.
Dr. Abu-Ghazaleh referred to the Talal Abu-Ghazaleh Confucius Institute (TAG-Confucius) which represents the most prominent tools of cooperation with China for disseminating the Chinese language and culture. The Confucius Institute is considered the main institute to teach the Chinese language at the regional level, he added.
In his speech, Dr. Abu-Ghazaleh renewed confidence in China’s ability to quickly overcome the corona virus crisis. At the same time he praised the success achieved by the government of Jordan under the directions of HM King Abdullah II in dealing effectively with the crisis.
“We have learned from the Chinese experiment, as the government of Jordan has taken the precautionary measures to mitigate the possible damages of this hidden enemy; therefore, we may say that we are among the best countries in dealing with the virus worldwide with fewer confirmed cases and less deaths compared to the world figures” Dr. Abu-Ghazaleh said.
Meanwhile, Dr. Abu-Ghazaleh pointed out that the coronavirus crisis has exposed the global system which proved not to be ‘global’ at all. “At the beginning of the COVID-19 virus outbreak, the whole world should have assembled in China, to discuss this epidemic from an international perspective since all countries were threatened. Unfortunately, the global response was far below the required level, thus all countries around the world were badly hit’.
Dr. Abu-Ghazaleh said that the whole world will suffer great post-corona depression, except for China whose economy will grow by 1%, pointing
to the disintegration of some giant economic entities. He warned that the reason of the failure to deal with the corona crisis globally is due to lack of world leadership and the absence of international effort to face the crisis collectively. ‘That’s why I believe that we will witness the end of globalization in the post- coronavirus crisis era’, he said, adding that he expects fresh agreements to be concluded by the two confronting powers China and the US; agreements that will shape a new world order.
“Starting 2021, we will move into building a new world governing system. The effort will jointly be  led by China and the United States, and that will mark the end of America’s global domination era, and a new bipolar world order will commence,” Abu-Ghazaleh affirmed.
Regarding the precautions and the measures implemented by TAG.Global following the outbreak of the coronavirus, Dr. Abu-Ghazaleh said: “We, at TAG.Global, have taken all the required measures to protect the lives of our employees, and at the same time, we developed plans to continue our business and activities. Accordingly, Talal Abu-Ghazaleh Global didn’t suffer any negative economic effects and we continue to offer our services in the same world-class level as we did before.”