The economy of the People's Republic of China, described as socialism with Chinese characteristics since the 12th National Congress of the Communist Party of China in 1982, is a mixed socialist market economy which is composed of state-owned enterprises and domestic and foreign private businesses and uses economic planning. The income generated by state-owned enterprises accounted for about 40% of China's GDP of USD 14.4 trillion in 2019, with domestic and foreign private businesses and investment accounting for the remaining 60%. 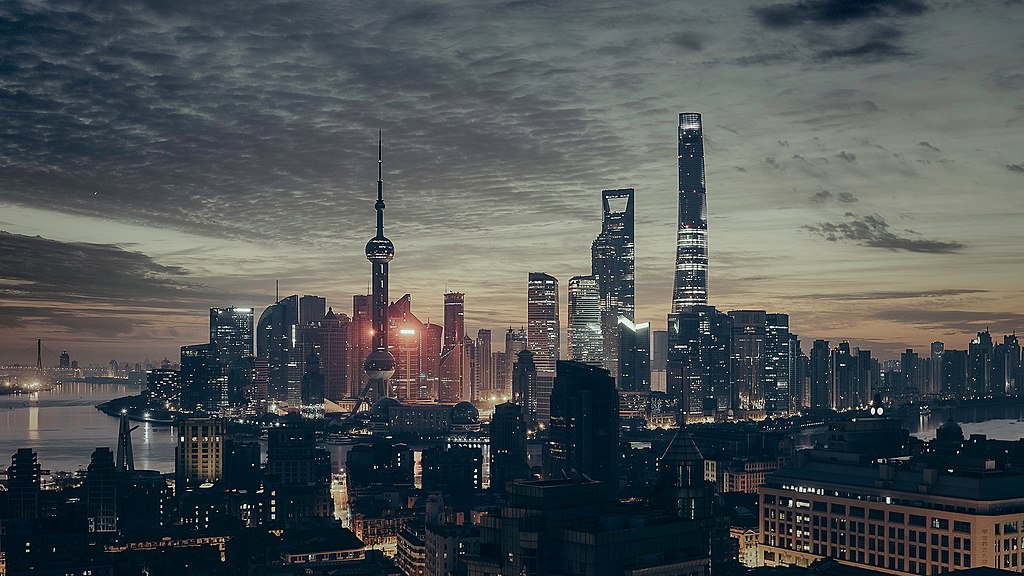 As of the end of 2019, the total assets of all China's SOEs, including those operating in the financial sector, reached USD 78.08 trillion.

Ninety-one (91) of these SOEs belong to the 2020 Fortune Global 500 companies. Direct foreign investment in China, which totaled about USD 1.6 trillion as of the end of October 2016, directly and indirectly contributed about one-third of China's GDP and a quarter of jobs there. As of the end of June 2020, FDI stock in China reached USD 2.947 trillion, and China's outgoing FDI stock stood at USD 2.128 trillion. Total foreign financial assets owned by China reached USD 7.860 trillion, and its foreign financial liabilities USD 5.716 trillion, making China the second largest creditor nation after Japan in the world.

The government began its economic reforms in 1978 under the leadership of Deng Xiaoping.
China has four of the top ten most competitive financial centers (Shanghai, Hong Kong, Beijing, and Shenzhen) in the 2020 Global Financial Centers Index, more than any other country.

China has three out of the ten world's largest stock exchanges—Shanghai, Hong Kong and Shenzhen by market capitalization and trade volume.

As of October 12, 2020, the total market capitalization of Mainland Chinese stock markets, consisting of the Shanghai Stock Exchange and Shenzhen Stock Exchange, topped USD 10 trillion, excluding the Hong Kong Stock Exchange, with about USD 5.9 trillion. As of the end of June 2020, foreign investors had bought a total of USD 440 billion in Chinese stocks, representing about 2.9% of the total value, and indicating that foreign investors scooped up a total of USD 156.6 billion in the stocks just in the first half of 2020.

The total value of China's bond market topped USD 15.4 trillion, ranked above that of Japan and the U.K., and second only to that of the U.S. with USD 40 trillion, as of the beginning of September 2020.
As of the end of September 2020, foreign holdings of Chinese bonds reached USD 388 billion, or 2.5%, of the total value, notwithstanding an increase by 44.66% year on year.

According to the 2019 Global Wealth Report by Credit Suisse Group, China surpassed the US in the wealth of the top 10% of the world's population: China had 100 million wealthy people (each owning a net wealth of over USD 110,000) and the US 99 million. At USD 63.8 trillion as of end of 2019, representing a 17-fold increase from USD 3.7 trillion in 2001, the total amount of China's household wealth stood behind only that of the US with USD 105.6 trillion.

The country has natural resources with an estimated worth of $23 trillion, 90% of which are coal and rare earth metals.

China also has the world's largest total banking sector assets of around $45.838 trillion (309.41 trillion CNY) with $42.063 trillion in total deposits and other liabilities.

As of 2020, China is home to the largest companies in the Fortune Global 500 and 129 are headquartered in China. It has the world's largest foreign-exchange reserves worth $3.1 trillion,  but if the foreign assets of China's state-owned commercial banks are included, the value of China's reserves rises to nearly $4 trillion.
Historically, China was one of the world's foremost economic powers for most of the two millennia from the 1st until the 19th century.

China accounted for around one-quarter of the global GDP until the late 1700s and approximately one-third of the global GDP in 1820 as the Industrial Revolution was beginning in Great Britain.
China's GDP in 1820 was six times as large as Britain’s, the largest economy in Europe — and almost 20 times the GDP of the nascent United States.

Currently, China is the world's largest manufacturing economy and exporter of goods.
China is classified as a newly industrialized economy. It is also the world's fastest-growing consumer market and second-largest importer of goods.

China is a net importer of services products. It is the largest trading nation in the world and plays a prominent role in international trade and has increasingly engaged in trade organizations and treaties in recent years. China became a member of the World Trade Organization in 2001. It also has free trade agreements with several nations, including ASEAN, Australia, New Zealand, Pakistan, South Korea and Switzerland.

The provinces in the coastal regions of China tend to be more industrialized while regions in the hinterland are less developed. As China's economic importance has grown, so has attention to the structure and health of the economy.

China's largest trading partners are the US, EU, Japan, Hong Kong, South Korea, India, Taiwan, Australia, Vietnam, Malaysia, and Brazil. With 778 million workers, the Chinese labour force is the world's largest as of 2020. It ranks 31st on the Ease of doing business index and 28th on the Global Competitiveness Report. China ranks 14th on the Global Innovation Index and is the only middle-income economy and the only emerging country in the top 30. By the end of July 2020, China's 5G users had already surpassed 88 million, accounting for over 80% of users worldwide -- far ahead of the previously projected 70% share for the whole of 2020. By the end of this year, the number of 5G base stations in China is expected to reach nearly one million, by far the biggest tally globally.

As of the end of June 2020, the number of automatic teller machines (ATMs) stood at 1.0521 million, the most globally.

To avoid the long-term socioeconomic cost of environmental pollution in China, it has been suggested by Nicholas Stern and Fergus Green of the Grantham Research Institute on Climate Change and the Environment that the economy of China be shifted to more advanced industrial development with low carbon dioxide emissions and better allocation of national resources to innovation and R&D for sustainable economic growth in order to reduce the impact of China's heavy industry. This is in accord with the planning goals of the central government.

The internationalization of the Chinese economy continues to affect the standardized economic forecast officially launched in China by the Purchasing Managers Index in 2005. As China's economy grows, so does China's Renminbi, which undergoes the process needed for its internationalization.
China initiated the founding of the Asian Infrastructure Investment Bank in 2015 and the Silk Road Fund in 2014, an investment fund of the Chinese government to foster increased investment and provide financial supports in countries along the One Belt, One Road.
The economic development of Shenzhen has caused the city to be referred to as the world's next Silicon Valley.
https://en.wikipedia.org/wiki/Economy_of_China