China has been setting up economic and technological development zones (ETDZs) to boost knowledge-based and technology-intensive industries for the past decades. Typically, the governments offer preferential policies and incentives to these zones. During the country’s rapid industrialization since the adoption of the reform and opening-up policy in 1978, ETDZs have played a vital role because of their appeal to foreign investors and capability to innovate. In particular, the ETDZs at the state level have been the engines of regional economic growth.
The Ministry of Commerce on January 27 released the results of its evaluation on the performance of national ETDZs during the year 2020. According to the ministry, 218 national ETDZs across the country witnessed improving development quality and played a significant role in opening up and driving regional economies in 2020. 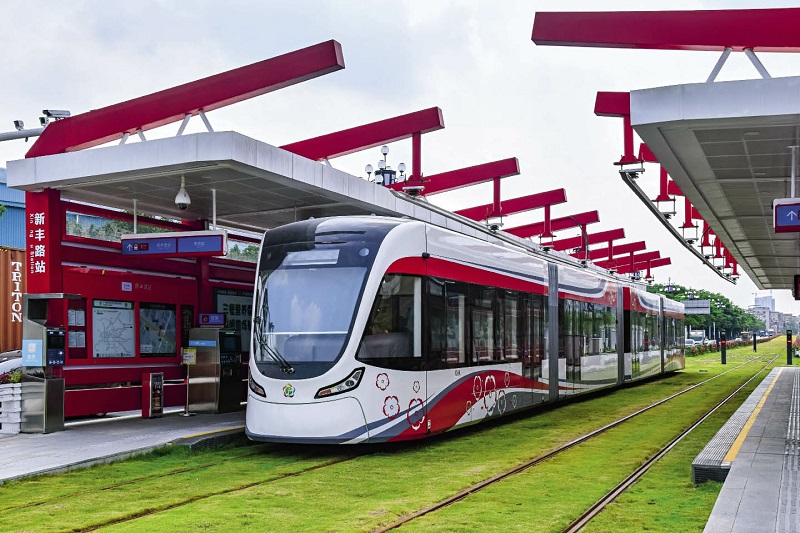 Vanguard of Open Economy
National ETDZs excel in industry scale, technology development, innovation capability, openness, production efficiency, growth rate, and quality.
Different from pilot free trade zones, bonded zones or export processing zones, ETDZs focus on attracting investments in the real economy and building an open industrial system, rather than work on a special trade arrangement or a particular link along the industrial chain. In practice, areas seating national ETDZs have outperformed other regions in terms of innovation-driven development and open business environment.
According to the Ministry of Commerce, the 218 national ETDZs generated a total GDP of RMB 10.5 trillion in 2019, a year-on-year increase of 10.3 percent. The growth rate was 4.2 percentage points higher than the national average. They imported and exported goods and services valued at RMB 6.4 trillion in 2019, up four percent from the previous year. The value represented 20.2 percent of China’s total imports and exports that year. As for foreign investments, US $54.76 billion went to these zones, a figure constituting 22 percent of China’s total actual use of foreign direct investment.

The national ETDZs have also emerged as the hive of multinationals. Recently, Japanese multinational SMC Corporation, which specializes in pneumatic control engineering to support industrial automation, built its first regional headquarters outside Japan in Beijing Economic-Technological Development Area, or Beijing E-Town. The headquarters will oversee the investment, manufacturing, R&D, and sales of five corporate companies registered by the Japanese giant in China. The setup heralds rapidly expanding investment by SMC in China. Local authorities in the Beijing E-Town delivered door-to-door services to the company when it was working on the registration of the regional headquarters. All procedures for business licensing were completed in two hours, a new record in rapid government service.
Ma Qinghai, general manager of SMC China, said Beijing E-Town offers an optimal business environment, adding that the enabling business climate provides a competitive edge for foreign companies to develop.
Honeywell International Inc. has invested and built factories in several ETDZs in China. As early as 1995, the multinational conglomerate set up a wholly owned factory in the Tianjin Economic-Technological Development Area. The U.S.-based multinational has also localized its three areas of services – performance materials and technologies, safety and productivity solutions, and aerospace – in China’s Suzhou Industrial Park. “While satisfying the demands of Chinese consumers with localized products and services, we also promote innovation results made in China to the global market,” said Scott Zhang, president of Honeywell China.

Good for Business
Part of the success of many national ETDZs is due to their favorable business environment.
Guangzhou Development District has been working on building itself into a hive of leading enterprises and innovative start-ups. For this purpose, it has been focusing on major projects, industrial chains, and leading brands when attracting businesses and investments. According to Shao Jingbo, director of the district’s investment promotion department, the district houses more than 200,000 market entities, 197 of which are Global 500 companies. In 2020, about 10 Global 500 companies including the pharmaceutical company AstraZeneca PLC, industrial manufacturing company Siemens AG, and Consumer Goods Corporation The Procter & Gamble Company set up new projects or expanded production in the district.

Chinese electric vehicle manufacturer Xpeng is setting up their company in the district, and Chinese biopharmaceutical companies BeiGene and Innocare have also built operations there.

Application scenarios have been created to explore market cooperation in areas including transport and government services, according to Shao. The district has teamed up with Baidu to build a demonstration zone for intelligent networks in the Guangzhou-Hong Kong-Macao Greater Bay Area, making Baidu the first digital transport operator in China and allowing the company to apply its self-driving technology. It has also been working with Alibaba, Tencent and Internet security company Qihoo 360 to boost artificial intelligence (AI) and the digital economy.
In Hubei, the Wuhan Economic and Technological Development Zone focuses on incentives in terms of talents, policies and intellectual property rights. It has established a partnership with JD.com in growing the new Internet plus economy. The initiative is propelled by technological edges of JD.com in cloud computing and big data, as well as the zone’s special industrial resources. The focus is set on the building and running of a digital industrial foundation, supply chains for the auto making industry and agricultural industry, as well as AI-powered public services.
JD.com and the economic development zone jointly built an intelligent service platform to empower small and medium-sized businesses in Wuhan. In 2021, the e-commerce giant will make use of its sales platform and fulfillment capabilities to help increase the output and sales of products made in the zone.
In Tianjin, the national ETDZ has injected vitality into the upgrading and transformation of traditional industries. Rockcheck Group, a Tianjin-based private steel-making company, set up a research arm in early 2020; however the sudden outbreak of the COVID-19 disrupted its business registration process. When Tianjin Economic-Technological Development Area learned of their predicament, designated officials were required to work from home and finish the registration procedure in five days. “For a year our research arm has been in sound operation with a number of research projects launched to provide strong momentum to our business development,” said Zhang Ronghua, president of Rockcheck Group.

Huge Potential
National ETDZs help export-oriented businesses to secure international orders. “Facing the test of the COVID-19 pandemic, national ETDZs have given full play to their roles as an open platform and have managed to ensure the operations of market entities and the stability of industrial and supply chains,” said Zhu Bing, deputy director of the foreign investment administration under the Ministry of Commerce.
With an enabling business climate, national ETDZs provide new opportunities for investment. The Hangzhou Economic and Technological Development Area boasts the speediest customs clearance services for exporters transferring

Shipments from air to sea transportation. The Suzhou Industrial Park moved business negotiations online and inked agreements on several major projects on pharmaceutical cooperation and regional headquarter location. The efforts helped stabilize foreign trade and optimized the use of foreign investments.
Latest statistics from Beijing E-Town showed that the development area’s GDP hit RMB 200 billion in 2020, and two multi-billion dollar industrial clusters of high-end auto making and industrial Internet took shape there. Liang Sheng, director of Beijing E-Town Administrative Committee, said the improving business environment provides more investment opportunities for foreign businesses, particularly in the free-trade sector and the integrated development of the industrial chain for advanced manufacturing.
The year 2021 welcomes the 14th Five-Year Plan (2021-25). The Ministry of Commerce called on national ETDZs to strive for new achievements in opening up and leading high-quality regional economic growth, and make new contributions to the forging of a new development paradigm in which the domestic circulation is the mainstay and domestic and international circulations reinforce each other.